Almost half of UK vegans made the change in the last year, according to new data

New information from data and analytics company, GlobalData, has found that almost half of the vegan population in the UK have made the change within the last year.

They reported that 42 per cent of vegans in the UK have only followed the diet for less than 12 months. The amount of people making the change to a vegan diet has been partially led by the availability of high quality, plant-based products in mainstream supermarkets.

The study also found that 51 per cent of survey participants said that they changed their lifestyle for ethical reasons, and 47 per cent of consumers switched to lead a healthier life. 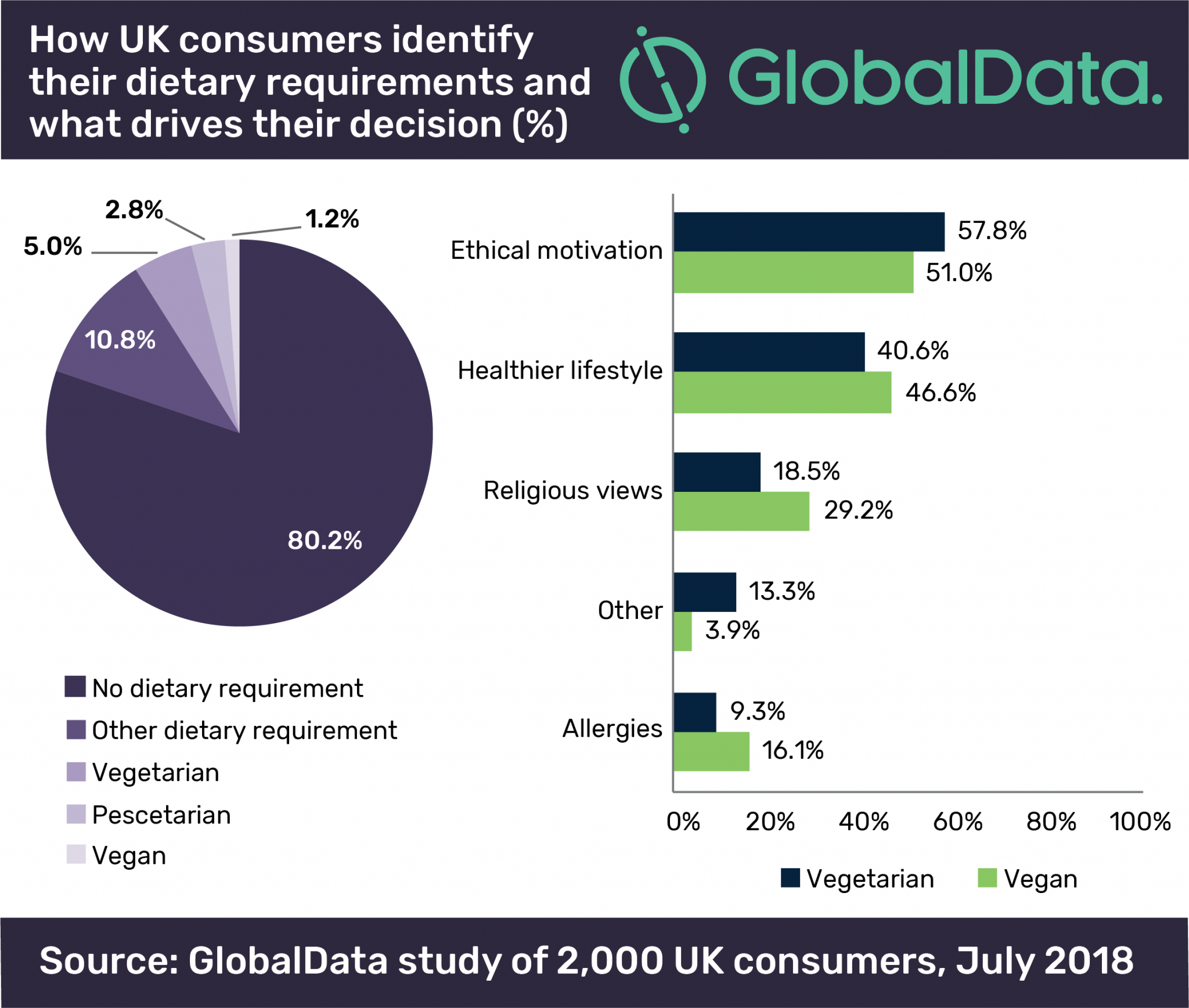 “How grocers manage product placement instore is also important; the founder of Beyond Meat, Ethan Brown, stipulates that their products must be located in the meat aisles, alongside other points in stores, as too many potential shoppers – many of whom may be meat eaters – are otherwise lost.”

According to the study, consumers mostly agreed that retailers accommodate for their dietary needs, with 79 per cent of vegans stating that they regularly find what they need.

However, the cost of meat alternatives has become a matter of discussion, when compared to meat products. Stella added: “Price is also a concern; at Tesco, a pack of two Beyond Burgers is sold at £5.50, which is prohibitively high when the cost of two beef burger patties are almost half that.

“However, as the supply of meat substitutes becomes more plentiful, the price should also drop.”