The new flavours are Chocolate Orange, Deeply Chocolate, Chocolate Salted Caramel, and Honeycomb Caramel, and they each come in their own new 92g eight-truffle pack (£4.99). 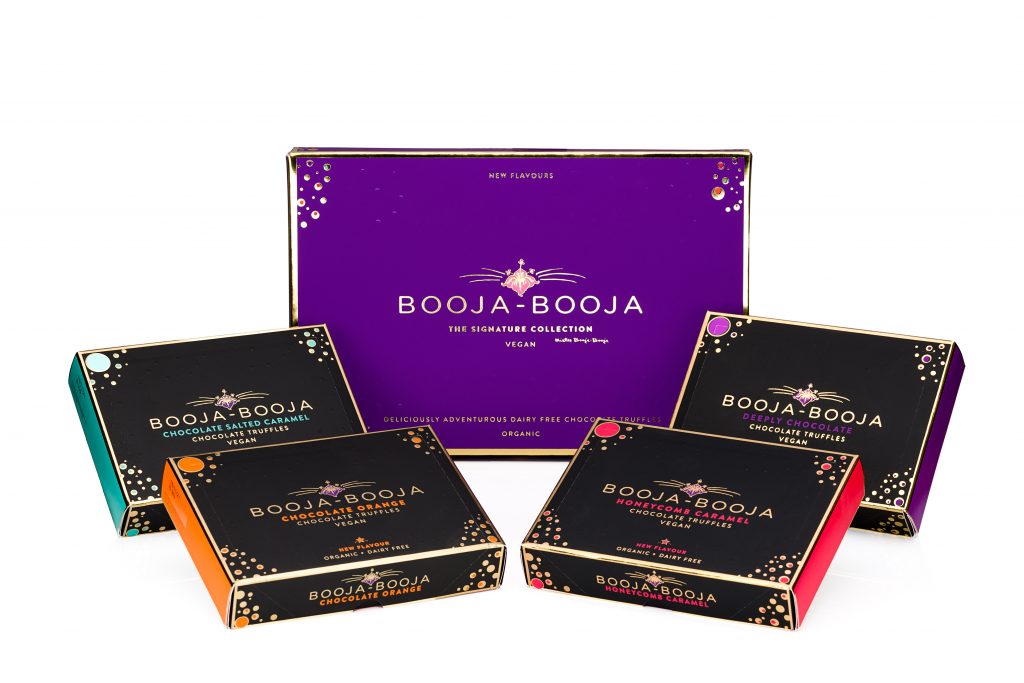 Managing director, Matt Gilding, says: “We’re even more excited about this launch than any other of recent years. Each one of the new flavours is a classic adventure: our unique take on a really popular chocolate variety!”

The four new eight truffle packs and The Signature Collection will be widely available through Booja-Booja’s network of more than 2,000 retailers, including independent stores across the UK as well as supermarkets and online stores.