Australian food creative Rebecca McGuinness first disrupted the UK in 2015 with her inventive and irresistible seitan chicken. Vegan and vegan-curious diners visited in droves to get a taste of vegan chicken made using wheat gluten, creating hour-long lines at food markets and the first Temple of Seitan restaurant in Hackney. 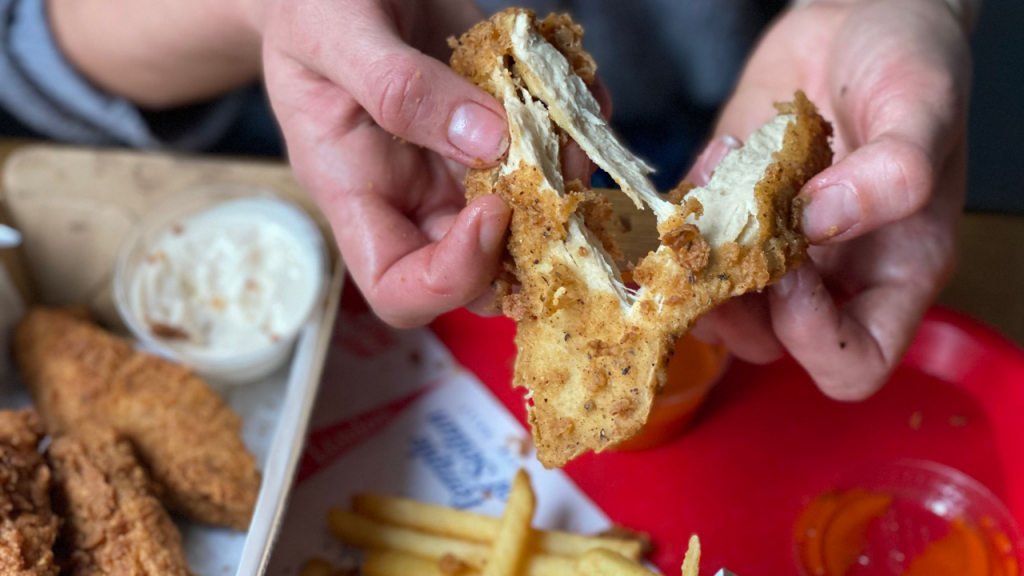 Being considered by many to have the best vegan chicken product on the planet wasn’t enough for McGuinness and she has pushed herself to create a new version of her world famous chicken featuring tearable protein strands.

McGuinness says, “These days everywhere has imitation meat, so it’s a lot more competitive. There have been billions of pounds of investment into plant-based alternatives and vegan options have really been developed rapidly in recent years.  I believe that a DIY approach is still possible and our new recipe shows that you don’t need a laboratory to create great mock meat products.”

The new chicken recipe from Temple of Seitan, rolling into their takeaway and restaurant  locations this week, is succulent, moist, and uses less wheat gluten than its predecessor making for a lighter, less dense texture with realistic pull-apart strands that mimic real chicken in appearance, texture, and taste.

McGuinness continues, “This new recipe has been a year in development and I think it’s the best vegan alternative to chicken on the market. While many companies have been working on perfecting plant-based sausages and burgers, we have concentrated on what we do best and that is vegan fried chick’n. We feel like we set the bar in 2015, however we are always pushing ourselves to create the best experience possible.”

This ground-breaking new vegan chicken stays true to the Temple of Seitan homespun ethos. Their seitan recipes have always been created in a home kitchen using accessible ingredients to create irresistible vegan food that satisfies.

Information on the Temple of Seitan story, store locations and hours, and the full menu can be discovered at templeofseitan.co.uk

Temple of Seitan is located in Hackney, Camden, Brixton, Kings Cross, and Hammersmith with a delivery kitchen in Waterloo.