Beyond Meat® Sausages Launch in Tesco’s

Beyond Meat® is one of the fastest-growing food companies in America and offer a range of groundbreaking plant-based meat alternatives.

Amongst their selection of realistically ‘meaty’ alternatives is their first-of-its-kind plant-based sausage, designed to look, taste and sizzle just like its meat-based counterpart and currently available to buy in the United States. 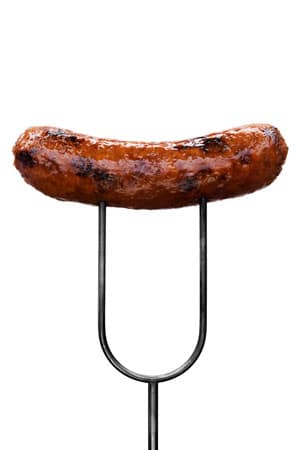 However, Beyond Meat has just announced that they will be bringing the bratwurst-style sausage to UK supermarket giants, Tesco’s. The Beyond Sausage®will be joining the Beyond Meat®burger, which is currently sold in select Tesco stores and a number of UK restaurants.

Made from a blend of simple plant-based ingredients and made without the use of soy, gluten or GMOs, the Beyond Sausage contains 38% less saturated fat and less sodium than it’s meaty counterpart. Instead, peas, fava beans and brown rice are used to provide the protein, coconut oil creates a juicy texture and the sausage skin is created using algae.

Founder and CEO of Beyond Meat, Ethan Brown commented: “I am thrilled to be able to bring Beyond Sausage to the UK on the heels of our successful Beyond Burger launch. We have felt such enthusiasm from the UK consumer not only for the Beyond brand but importantly for the motivating factors, including environmental considerations, that are fuelling the current movement toward plant-based eating. We are grateful and excited to serve the UK consumer and to be in dialogue with them as we continue to bring new products to market.” 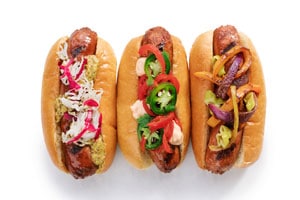 Beyond Meat will be rolling out the product in more than 450 Tesco stores across the UK from 26th September and from the 19th September, the restaurant backed by Lewis Hamilton – NEAT Burger, will be stocking the new sausage.